First held in 1934, the National Folk Festival is the oldest multicultural festival of traditional arts in the nation, and has been produced from its inception by the NCTA. It is a traveling festival produced in partnership with communities around the country. The National Folk Festival’s three-year stay in each host city is intended to lay the groundwork for sustainable, locally-produced festivals and events that continue after the National moves on. To date, the National has been presented in nearly 30 cities. Musicians and craftspeople from every state in the Union and most U.S. territories have participated in this “moveable feast of deeply traditional folk arts.” Presented to audiences free of charge over a three-day period, National Folk Festivals since 1987 have had audiences upwards of 175,000.

Click through the menu below to learn more about the NCTA’s flagship event. 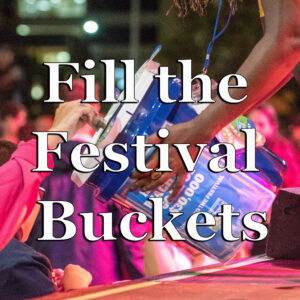 From the Grand Ole Opry to southern honky-tonks to

Bomba and plena are two genres that form the core

@Farahyasmeenshaikh is a Kathak Artist in Menlo P

The family area is back at the 81st @NFFMaryland!

Fran “Ladystrings II” Grace is among a small s

Cora Harvey Armstrong is a gospel singer in Newton

Raised in a Primitive Baptist family in the mounta

Emerging from the Houston blues scene like a force

With innovative arrangements of traditional tunes,

David Lucca of Plena Es, a bomba and plena ensembl

A central component of every National Folk Festiva

A couple of shots by @remsberginc from yesterday's

Reminder for our friends near San Juan, Puerto Ric

The NCTA is launching a new program! We invite you

Raised in the Irish American community in the Bron