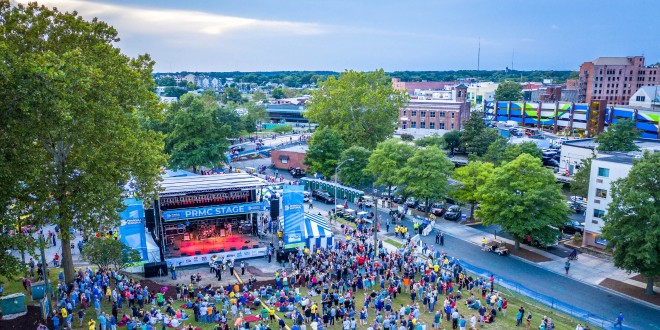 “As promised, the lineup for the 79th National Folk Festival lineup in 2019 is entirely new, with no repeats from last year,” stated NCTA Executive Director Lora Bottinelli. “I don’t know where else one could experience this amazing array of artists and genres—all in one event, and all for free!”

Over a dozen people of different backgrounds, and with a deep knowledge of music and art forms, came together from across Delmarva to serve as the local Musical Programming Advisory Committee. This committee’s role is to consider—and help the NCTA select—the artists who will perform at the National Folk Festival each year. To learn more about these artists and their stories, please visit nationalfolkfestival.com/performers.

More performers will be announced as they are confirmed.

About the National Folk Festival
Since it was first presented in St. Louis in 1934, the National Folk Festival, the NCTA’s flagship event, has celebrated the roots, richness and variety of American culture. Championed in its early years by Eleanor Roosevelt, it was the first event of national stature to present the arts of many nations, races, and languages on equal footing. It was also the first to present to the public musical forms such as the blues, Cajun music, polka, Tex-Mex conjunto, Peking Opera, and many others. Today, the National is an exuberant traveling festival, produced by the NCTA in partnership with communities around the country, that embraces the diverse cultural expressions that define us as a people in the 21st century. http://www.nationalfolkfestival.com/

About the National Council for the Traditional Arts (NCTA)
A leading non-profit in the field, the National Council for the Traditional Arts (NCTA), is dedicated to the presentation and documentation of folk and traditional arts in the U.S. Stressing excellence and authenticity, the NCTA presents the nation’s finest traditional artists in major festivals, tours, concerts, workshops, demonstrations, exhibitions, media productions, school programs, cross-cultural exchanges, and other activities. It works in partnership with American communities to establish new, sustainable traditional arts events that deliver lasting social, cultural, and economic benefits. Over 7,000 hours of the NCTA’s archival audio recordings dating from the 1930s are permanently housed at the American Folklife Center at the Library of Congress. The NCTA champions the interests of folk and traditional artists and organizations in the arena of public policy. https://ncta-usa.org/

About the City of Salisbury, Maryland
Founded in 1732, Salisbury is the county seat of Wicomico County, a place where John Smith touched land in 1608 during his exploration of the Chesapeake Bay. Situated on Maryland’s historic Eastern Shore at the crossroads of the Delmarva Peninsula, Salisbury is now one of the region’s largest cities, and serves as the capital of the Eastern Shore, a rural area defined by its agricultural and maritime traditions, landscapes, and industries. The Chesapeake Bay is central to this distinctive identity. Though a relatively small city, Salisbury is the geographic and economic hub of one of the nation’s fastest-growing Metropolitan Statistical Areas. Led by a dynamic mayor, the City of Salisbury is working to build its reputation as an arts and culture destination, and is aligning its downtown development and revitalization efforts with the arts. Salisbury believes hosting the National Folk Festival is the perfect catalyst to further a cultural renaissance and urban renewal. http://www.salisbury.md/

80th National Folk Festival and Salisbury are Together Again!

Schooled in the blues by her Texas bluesman father

The National Endowment for the Arts (@neaarts) ann

Both an icon of bluegrass music’s past and archi

The @RVAFolkFest has released its Encore schedule